Star Wars is one of the biggest movie and television franchises in the entire world and continues to be marveled at by various fans. There is a Star Wars tv show coming out soon and there is another movie that is set to release sometime in December. With all of that being said, it shouldn’t be a surprise that a sneaker brand like Adidas would be doing a collab with Disney’s cherished new property.

There have been various models and colorways shown off so far but the most recent Star Wars collab to get an official release date is the Adidas UltraBoost 2019 “Millenium Falcon” which pays homage to the movies’ most famous aircraft. As you can see from the images below, the shoe is white on the primeknit upper while dark grey appears on the bottom half as well as the midsole. The graphics on the midsole illustrate the actual look of the Millenium Falcon. From there, blue highlights on the heel cup and tongue add some contrast to the pair.

According to Sneaker News, these will be dropping on Saturday, November 23rd for $190 USD. 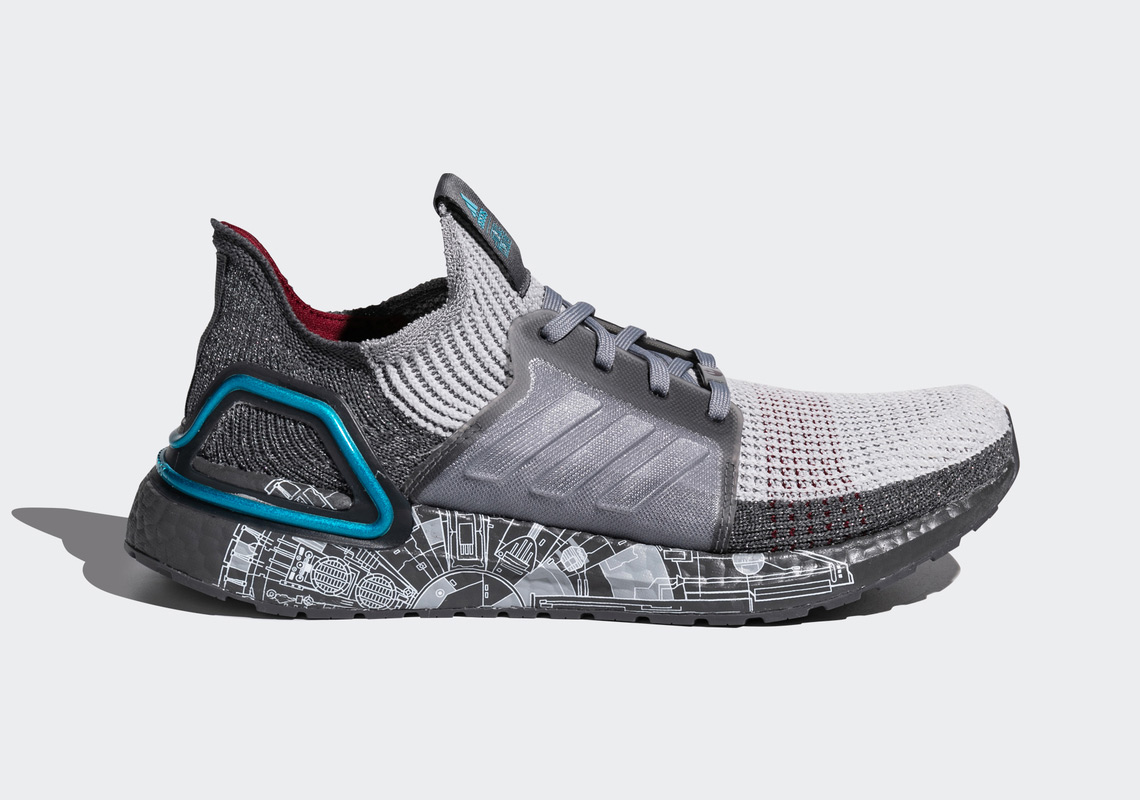 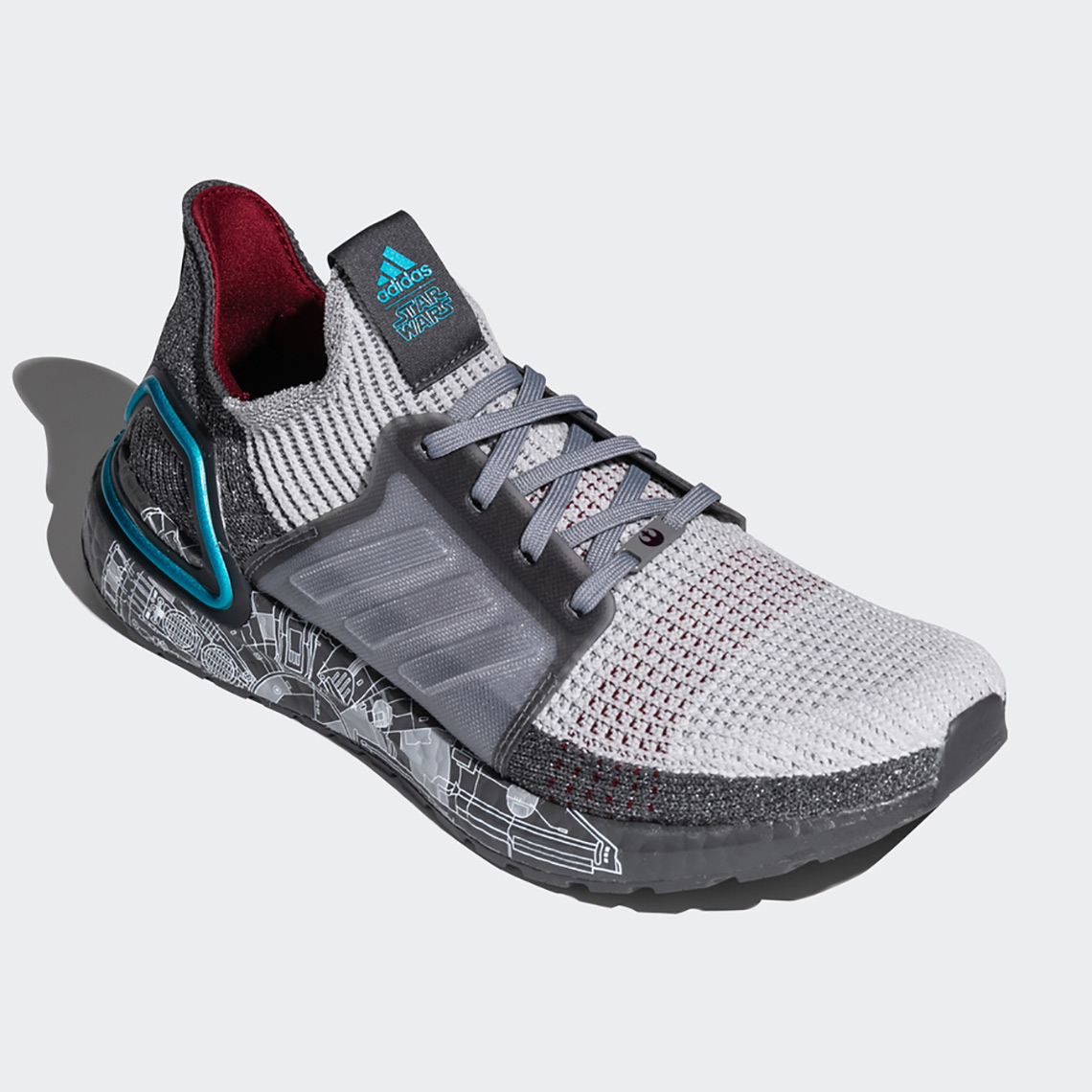 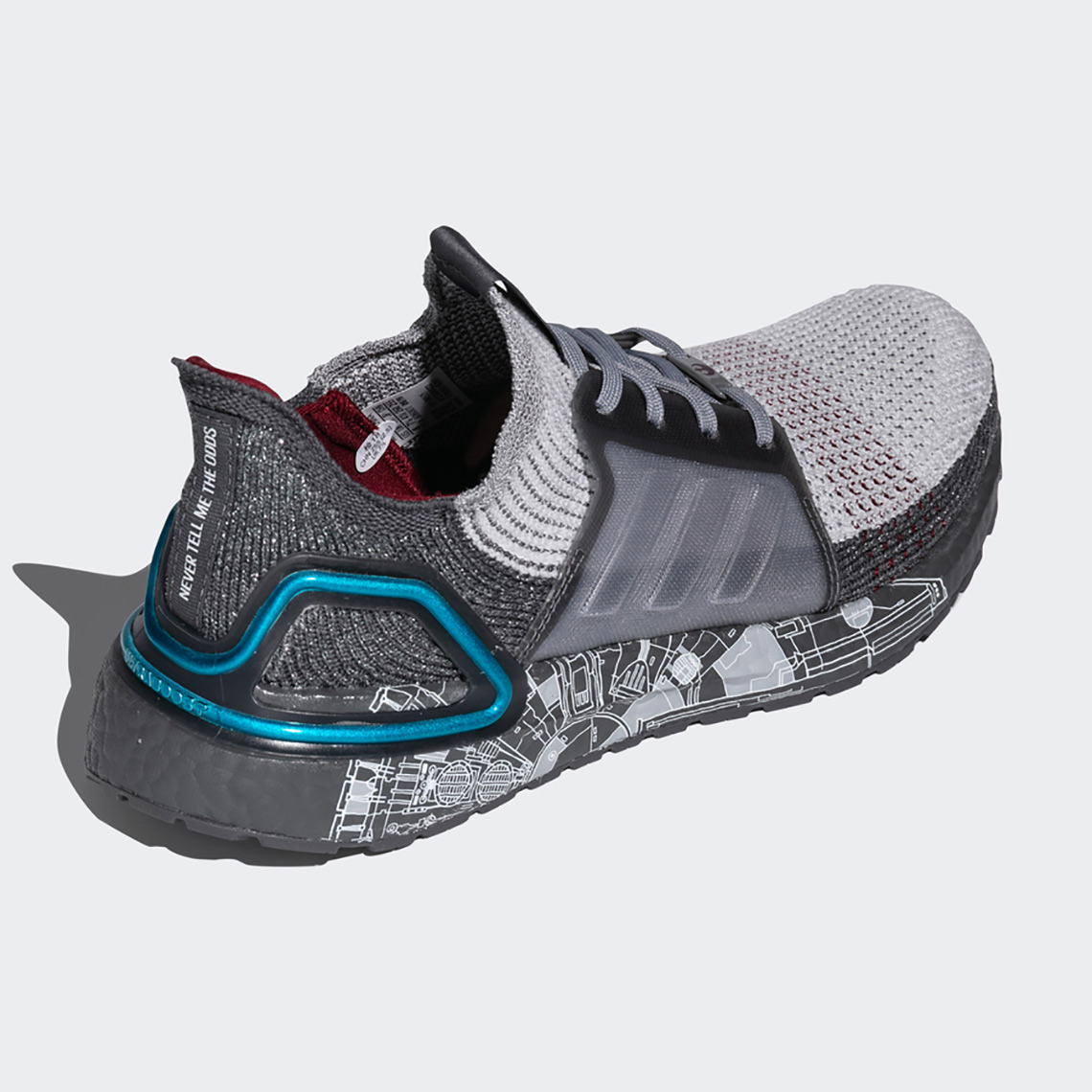