Travis Scott came through with a massive gift to all of the gamers in quarantine on Thursday as he had his very own performance on “Fortnite” called “Astronomical.” The performance only lasted about 10 minutes and featured a preview of a new song with Kid Cudi called “The Scotts.” As is typically the case with Travis, the artist commemorated his performance with some pretty incredible merch pieces that are now available for pre-order on his website.

The merch includes a vinyl, CD, and cassette tape of his “The Scotts” track alongside a whole bunch of clothing. For instance, we have t-shirts and hoodies that features “Fortnite” references as well as nods to his Cactus Jack nickname. There are even two gaming jerseys for those professional gamers out there who may want to create a team based on their La Flame fandom.

Perhaps the most interesting merch item here, aside from the action figure, is the Nerf Gun. This “Fortnite” AR-Goosebumps is made in the shape of the Scar which is a popular weapon in the video game. This toy weapon is covered in blue, red, and yellow, as well as quite a bit of Cactus Jack branding. For $65 USD, this item could be yours.

Let us know in the comments below if you plan on copping anything from the merch drop. 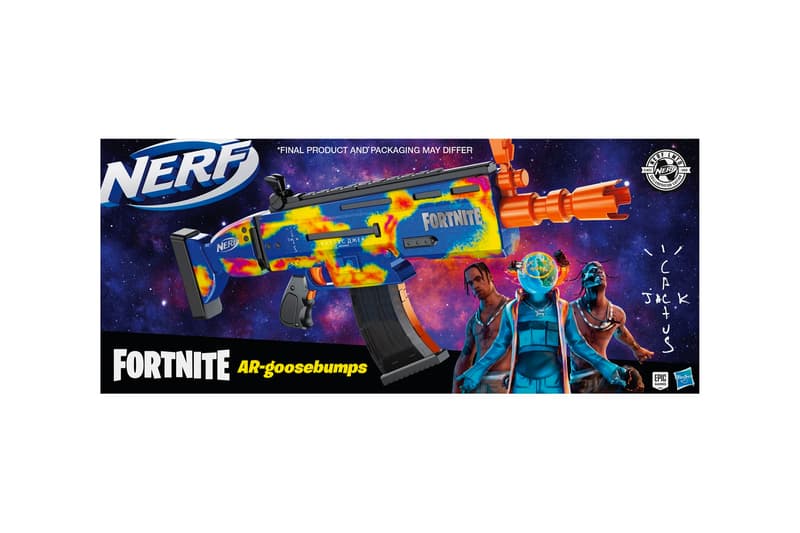